How to make a Deflategate Tom Brady Halloween costume 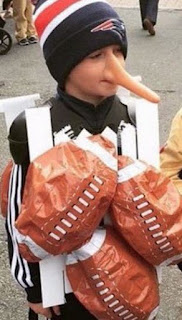 History has proven that popular Halloween costumes throughout the years have been those outfits related to current events. In 2014, how can one forget the Ice Bucket Challenge or the deadly outbreak of the ebola virus? Do-it-yourself Ice Bucket Challenge
costumes, mad scientists and ebola healthcare workers were extremely popular last year.


Look for Halloween costumes related to “Deflategate” – the controversy in the National Football League stemming from accusations that the New England Patriots, specifically, quarterback Tom Brady, tampered with footballs used in the AFC Championship game against the Indianapolis Colts. Supplies needed to create a Deflategate Halloween costume include: 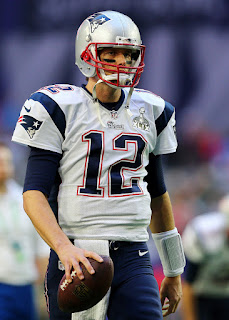 
Dress in New England Patriots uniform. Gather the inflatable toy footballs (or purchase online) and tie to the jersey with fishing line. Then, select which type of hat: football helmet, football party hat and / or the Tom Brady face mask. As an accessory, one can carry a cell phone to reflect Tom Brady's cell phone which was key in the investigation.
Posted by Piece of Scrap at 6:34 AM